Structure of the Courts 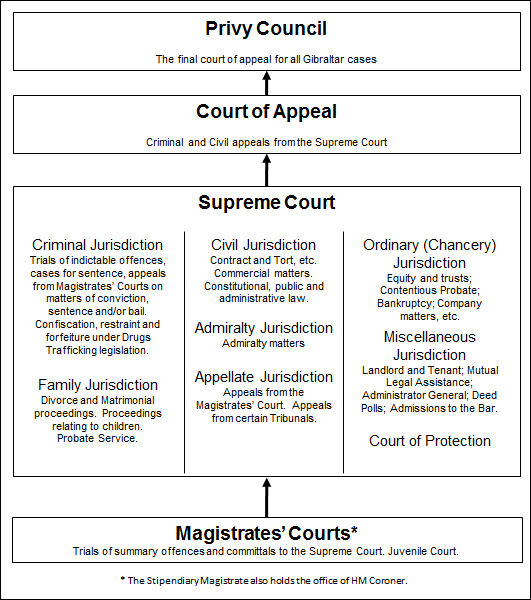 The lower courts are the Coroner’s Court and the Magistrates’ Court.  Below the Magistrates' Court, there are also tribunals for social security, tax and employment matters.